Florence Lesage, one of the rare french female pastry chef.

Originally from Picardy, Florence Lesage dreams of being a chocolate maker since childhood. She obtained several diplomas in pastry making, she took part in the Olympiades des métiers in 2014. Elected vice-world champion in 2015 in pastry-confectionery during the WorldSkills competition, Florence Lesage then decided to perfect her skills by passing her Master’s Certificate. After an experience as Chef de Partie at Château de Montvillargenne in Gouvieux, the French pastry joined The Westin Paris-Vendôme Hotel, alongside Chef David Réal for the same position.

French pastry chef at the Westin Paris-Vendôme since 2018, Florence Lesage likes to imagine desserts that highlight the true taste of the ingredients offered by the different producers. Very recently, for example, she imagined a nun who sublimates the honey from producer Nicolas Noirot. And that’s not all, Florence will also represent France at the Mondial des Arts Sucrés in October 2021.

According to this French pastry chef: “The profession of pastry chef allows people to use their creativity and let the people with whom we work express themselves. We all have different tastes and perceptions and it’s very interesting to be able to share around that. The discussions we have with my team are fascinating. I really like simple things and straightforward tastes: vanilla, chocolate, hazelnuts, coffee, fruit … As we often say, the difficulty is in simplicity. This profession is a real gold mine. There is so much to learn and remember, both in terms of food knowledge and technique and technique itself ”. 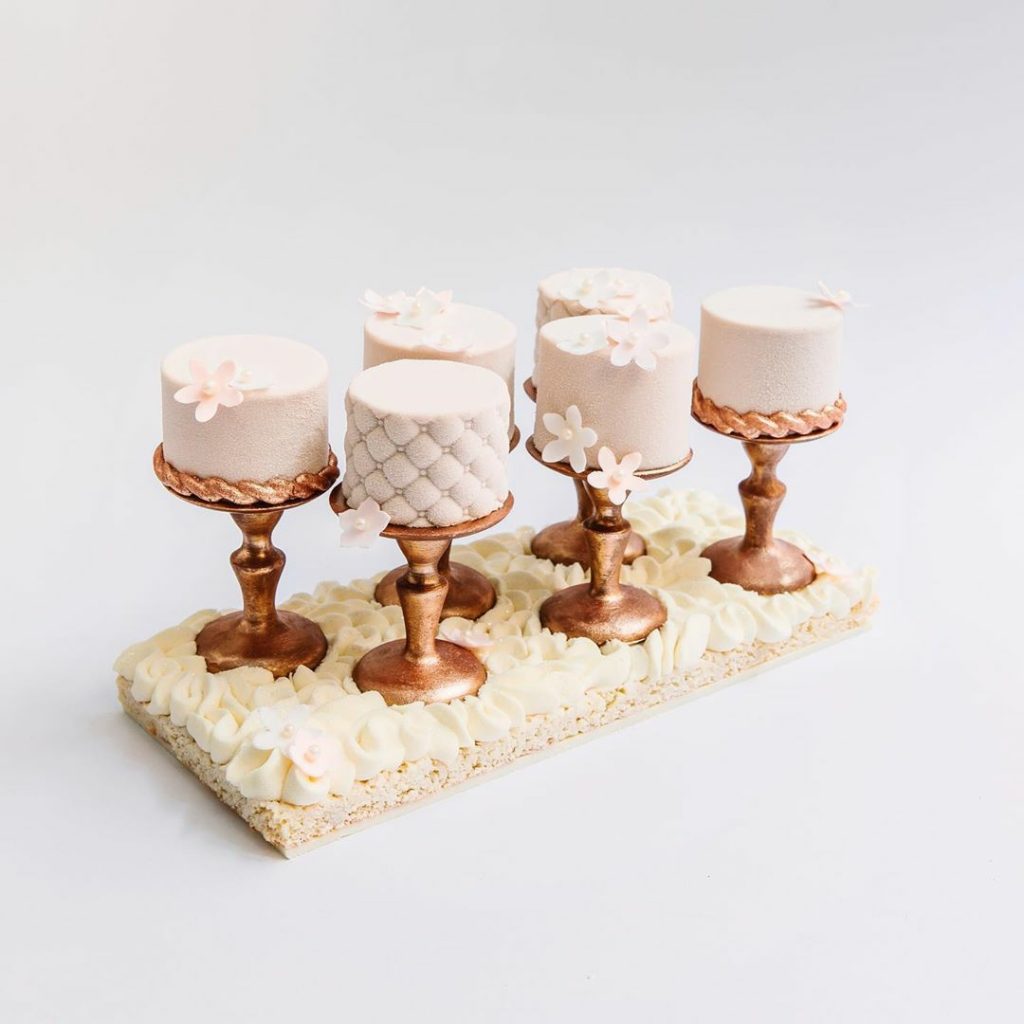 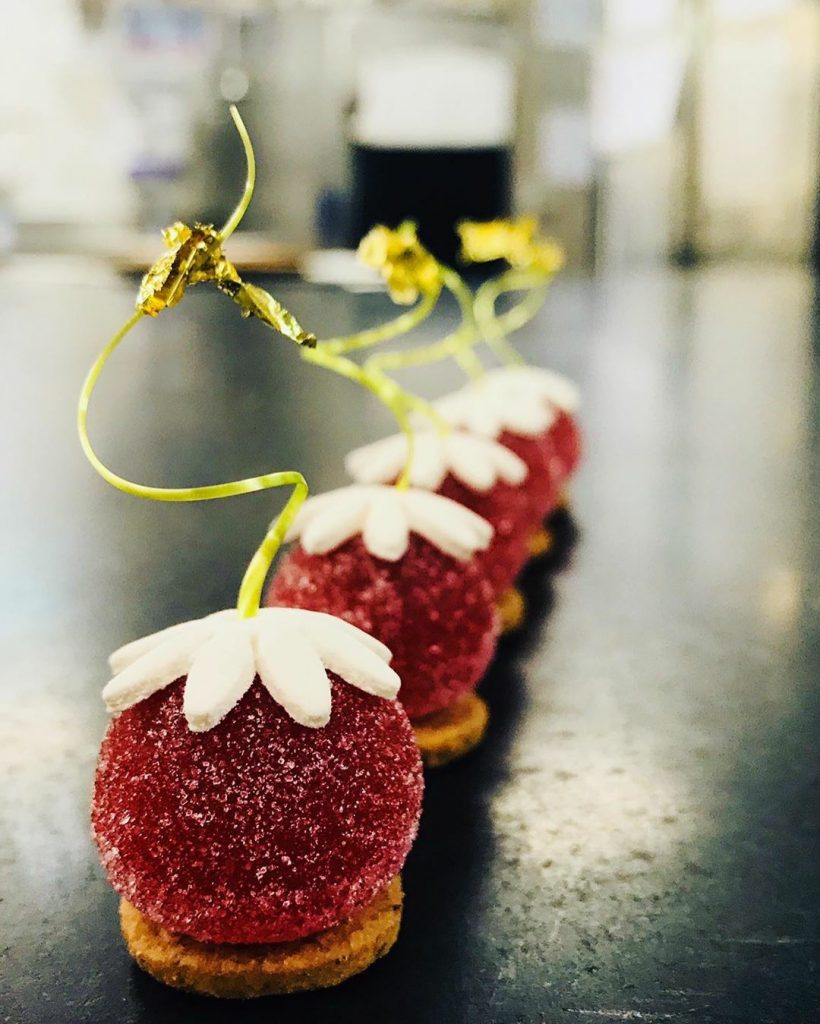 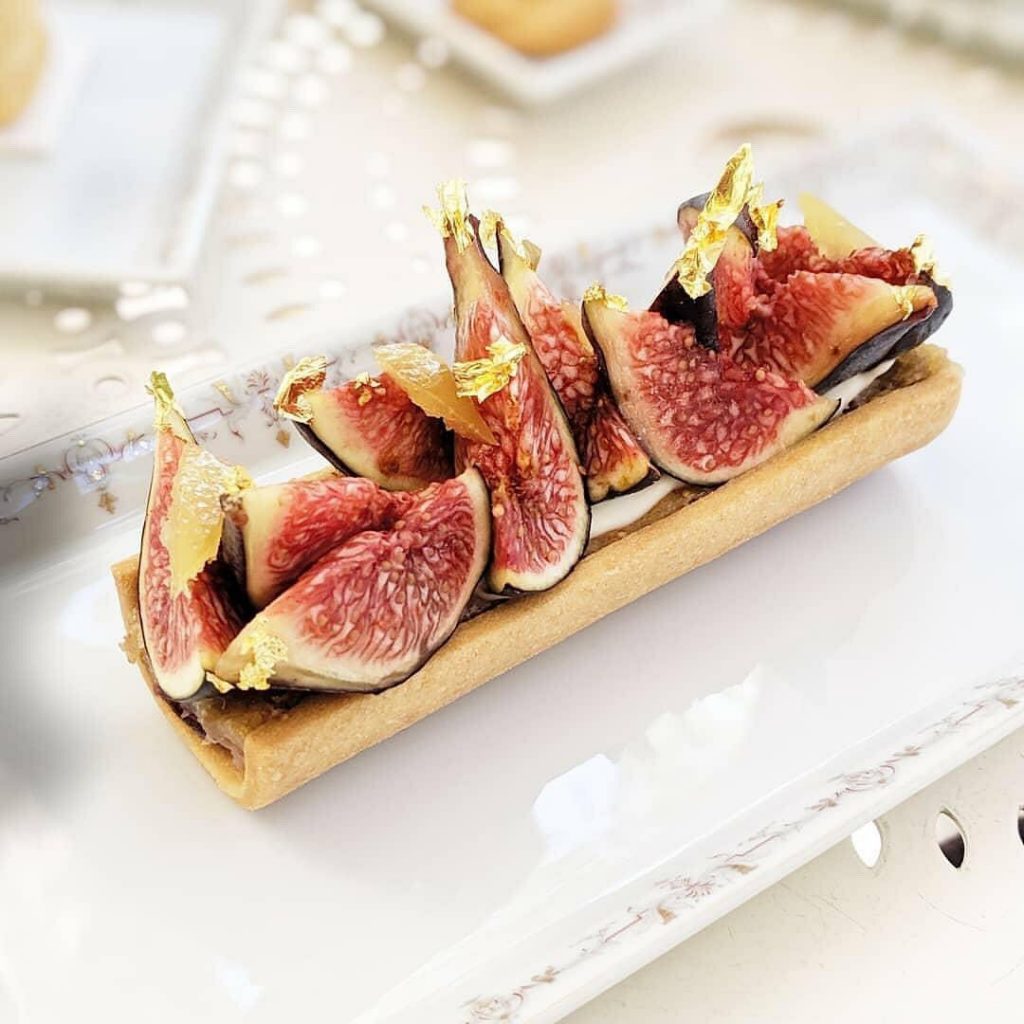 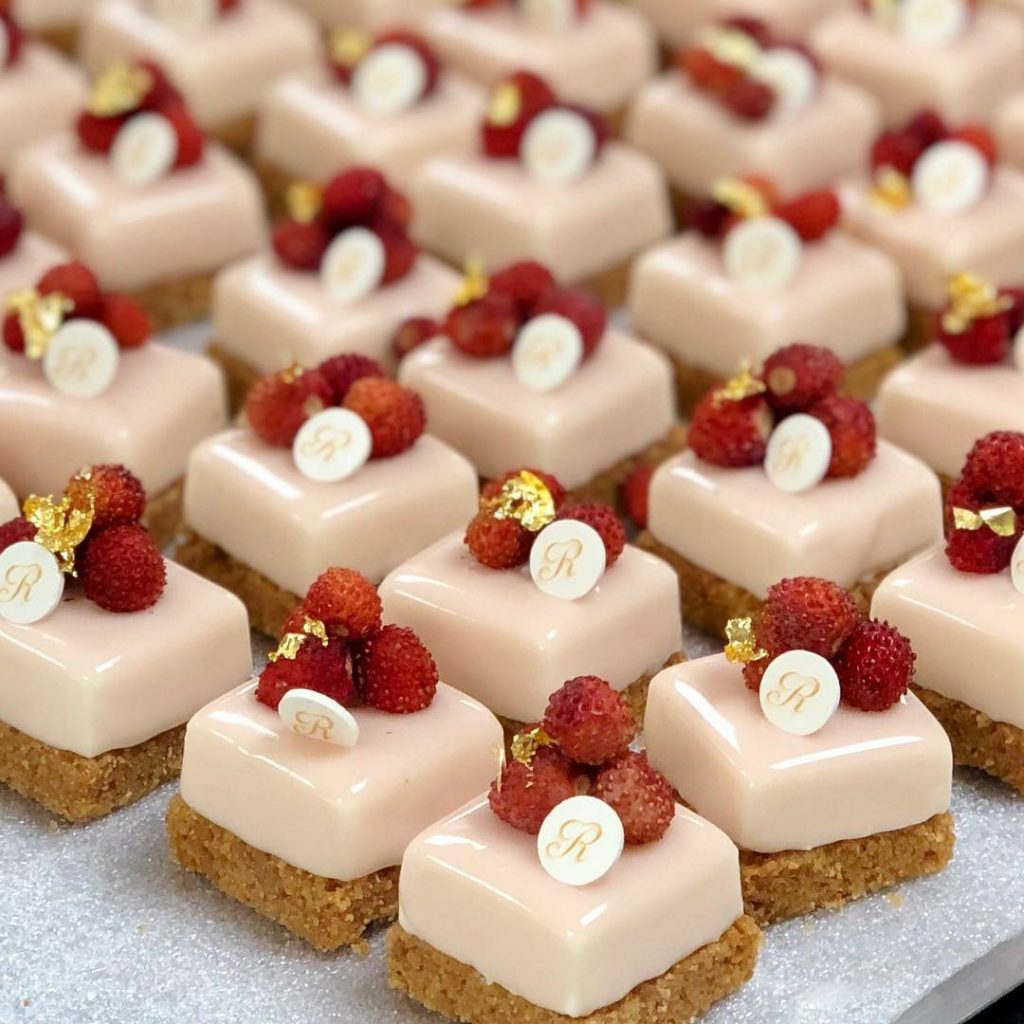 François Perret was born in the town of Bourg-en-Bresse, located in the Auvergne-Rhône-Alpes region. Son of a thermal engineer, it was by observing his paternal grandmother cooking and baking that he took a liking to the estate. “I quickly realized that when dessert arrives, strangely enough, people are silent, observe, question each other, and wonder how it’s made. There are more mysteries in baking than in cooking”.

Little by little, this French pastry chef rose through the ranks and entered the heart of the greatest Parisian palaces. He became pastry chef at the Le Meurice hotel in June 2000 for two years. Then he was hired at Four Seasons Hotels George V as a clerk and then pastry chef until 2008.

Thanks to his title of best French restaurant pastry chef in the world won in 2019, but also to the series “The Chef in a Truck”, broadcast on Netflix, François Perret has established himself as one of the most prominent French pastry chefs. from the moment. This is evidenced by the success of its ephemeral take-away “little counter” at the Ritz, open from June to November, then for the holidays, attracting long queues at Place Vendôme, despite strong prices.

There are many unmissable pastries from French chef Perret who have already got everyone’s sweet tooth, such as his marbled cake, éclairs, rum baba, millefeuille, but also his cheesecake, his Mont-Blanc, and a string of seasonal fruit tarts. It’s the key to the French art de vivre.

With his trompe-l’oeil pastries, he registers the Place Vendôme palace in the address book of every sweet tooth. His creations attract gourmets but also command the respect of his peers, who unanimously praise his talent.

Pierre Gagnaire, a pastry chef who cooks according to his emotions.

Pierre Gagnaire starts working as a French pastry chef before spending a summer in Paul Bocuse’s restaurant. He then took over his father’s restaurant for six years, then in 1981 opened his first restaurant in Saint-Étienne, rue Georges Teyssier, then rue de la Richelandière. It was in this very contemporary setting, daring for the time, that he first obtained three Michelin stars in 1993.

Chef Pierre Gagnaire is undoubtedly one of the most recognized and respected French pastry chefs in France and around the world, for many years. In particular, he was elected in 2015 “the world’s greatest Michelin-starred pastry chef” by his peers. Regularly cited as an example when we talk about French gastronomy, he is almost every year invited to the successful cooking show of the M6 ​​channel, Top Chef. A perilous exercise, the soufflé must not fall back, that is what is close to Pierre Gagnaire’s heart: it is this dish that earned him his first star in the Michelin Guide.

For this French pastry chef: “The cuisine cannot be measured in terms of tradition or modernity. We must read the tenderness of the cook”. It is with these words that Pierre Gagnaire defines his way of thinking and seeing things. And these two sentences summarize well all the intensity and the emotions that the chef puts in the preparation of his dishes. “I want to put feeling and intelligence in my kitchen,” he says. If he deliberately does not have a real “signature” dish, in his cuisine we find recipes that are often refined, always elegant, but also with marked flavors, sometimes antagonistic, and always complex. 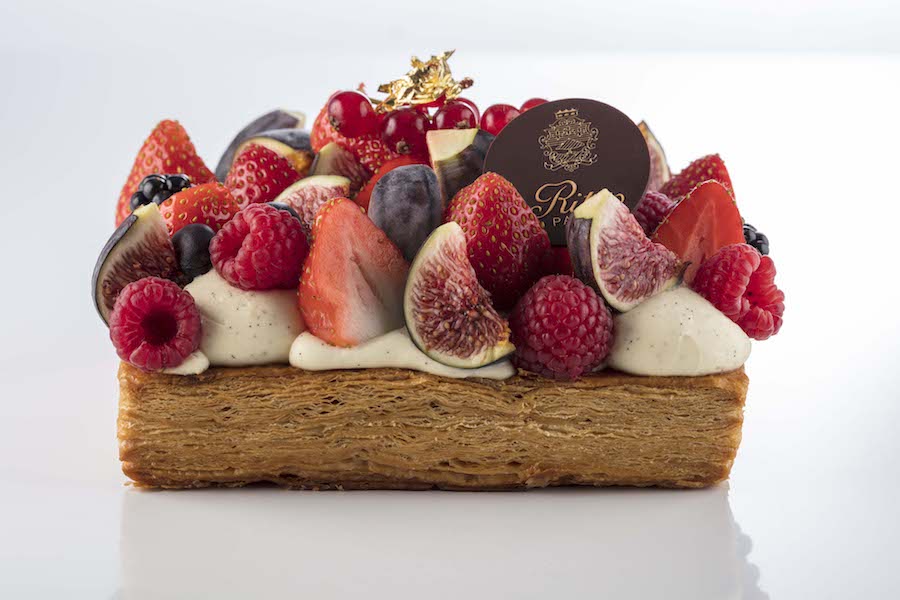 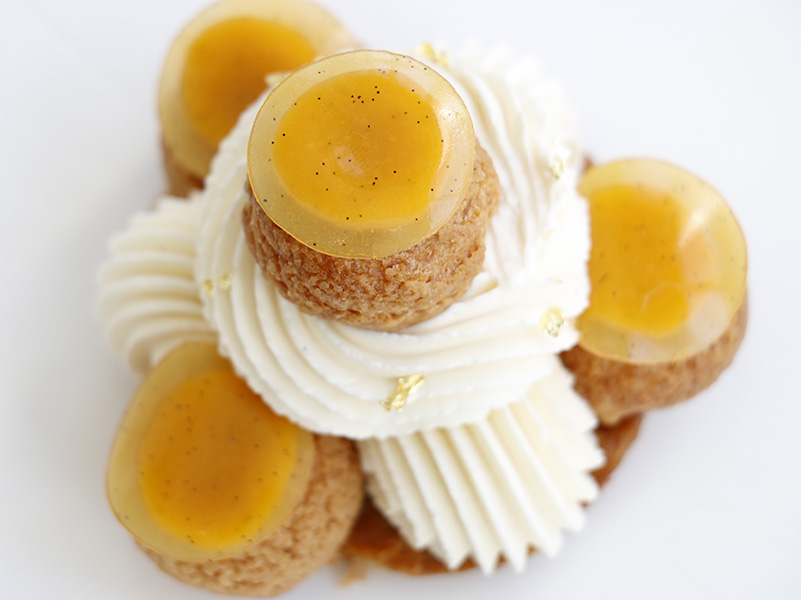 If you are interested, you can check out our article on the best chef in the world or on French chateau.

If you need more information, don’t hesitate to contact us!